“People mailed cassettes (!) to the American Song Festival  offices in LA where they held regular listening sessions with groups of music publishers and producers, voting on each song, depending on their genre. John Braheny was one of the many industry judges (pop music).  All of us looked forward to the annual ASF awards party, where we could see just about anyone in the music biz, like at the Grammys, only not as dressy! The ASF wanted to have a little gift, a premium, to send out to songwriters when the contestants entered the contest, so John wrote “The Songwriters Handbook.” Later people remarked to him that they saw this booklet as ‘the single’ which introduced his ‘album’ (his much bigger book which followed, “The Craft and Business of Songwriting”). This little how-to book was very popular… Jon Iger, president of the Arizona Songwriters Assn., gave away these booklets to each new member…and still talks about it!” — JoAnn Braheny

“When I first began writing lyrics, I was told about this festival and then a friend took me to a celebration party.  I was hooked.  I entered the very next year and won a 1/4 finalist and a semi finalist in a lyric competition.  From that point on I was winning category finalist and money and I didn’t stop entering until the festival ended, finally winning 5 categories and a grand prize.  It was a thrilling introduction to the music industry and enabled me to land a staff-writing job with Motown.”  — K.A. Parker

“The ASF back then was a lot like “The Voice” is now for singers, but it was an annual national songwriters’ competition. It was great fun and resulted in encouraging songwriters everywhere  to continue to learn and grow. It was a goal to aim for.” — Jill (Frisbee) Brandt Gain, former Co-Director, American Song Festival 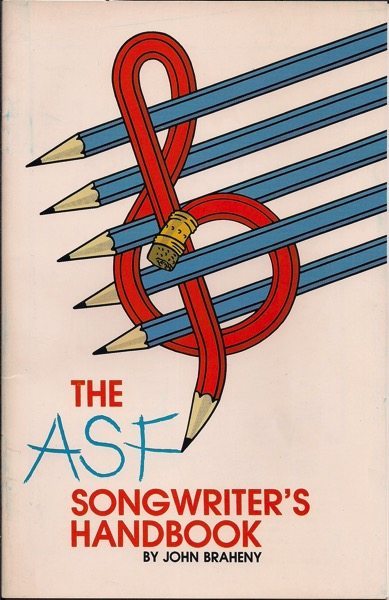 “THE PURPOSE OF THIS BOOK

If you didn’t feel you had a flair for lyrics and/or music already, you wouldn’t have entered the American Song Festival and wouldn’t be reading this now. I don’t believe you can get talent from a book but I do know that there are a lot of tricks of the trade that can help that talent blossom a lot sooner than it would in the “school of hard knocks.” I hope this book will help you in the following ways.

1. Show you some options that may not have occurred to you. Maybe you never knew anyone who wrote songs, or if you did, you never asked them how they did it. In over 400 interviews that my partner, Len Chandler, and I have had with music industry people, including many hit songwriters and producers, we’ve discovered that there are lots of successful ways to write great songs. New writers tend to either want to have a simple ABC formula for writing a successful song or to only trust their instincts and not want to mess with their process by learning anything about their craft from anyone else. Both are a big mistake because they’re self-limiting. Creativity and craft are both essential ingredients in successful songs.

2. Give you some basic principles to go by. I hate to talk in terms of rules because if you’re creative you’ll be breaking them and you must be creative. For everything I say in this booklet that may remotely sound like a rule, there is an exception somewhere, either because an established writer/artist was commercially powerful enough to get away with poor craftsmanship or because the writer had the craftsmanship to violate one rule in favor of another rule of greater importance, to fulfill the needs of a song. It seems like a good rule, for example, never to precede the first chorus by three verses, until you look at Don Schlitz’s “The Gambler” (a hit for Kenny Rogers) or Henley & Frey’s “Lyin’ Eyes” (a hit for the Eagles). Breaking the rule works in these songs because the listener is pro-pelled forward so relentlessly by the strong visual imagery and the quickly unfolding story that it would be a mistake to have the chorus earlier. The need of the song is to keep the listener interested and it’s accomplished brilliantly in both these songs.

What I’ll deal with here are some generalizations and in-sights that are based on the odds. I’ll discuss the most com-=mow monly successful forms, approaches and considerations.”